The Middle East Institute and the University of Sakarya have hosted the V Middle East Congress on Politics and Society on 14-16 November. The conference aims to create a platform contributing to research on the Middle East and bring in new ideas and perspectives by drawing respective scientists together, looking at historical, political, and social developments in the region. 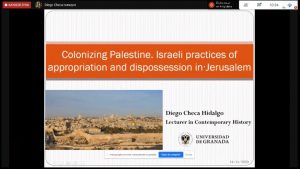 In this conference, I participated in the panel on Palestine/Israel and international politics presenting the paper Colonizing Palestine: Israeli Practices of Appropriation and Dispossession in Jerusalem. This paper addresses one of the central issues of the Palestinian question: the city of Jerusalem. It is a relevant issue due to its religious and symbolic importance not only for Palestinians and Israelis but also for those who are members of the Christian, Muslim, and Jewish communities abroad. The Holly City was divided in 1948 following the Palestinian Nakba and the creation of Israel. Then it suffered different processes of colonization which the 1967 war and the Israeli occupation of Jerusalem East deepened. This colonization was not stopped after the Oslo Process and it has generated a challenging situation for Palestinians living in this city and in the rest of the occupied Palestinian Territories. First, this paper presents the colonial dynamics along with the recent history of Jerusalem. Second, it analyzes different patterns of colonization used by Israel in the Holly City and their impact on Palestinians living in Jerusalem, West Bank, and the Gaza Strip. Finally, it studies some Palestinian responses addressed to resist the colonial policies implemented in Jerusalem. 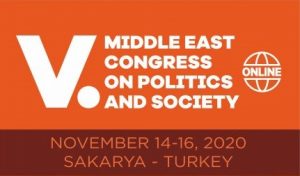 The video session on Palestine/Israel and international politics can be found here.

The whole V Middle East Congress on Politics and Society is broadcasted here.